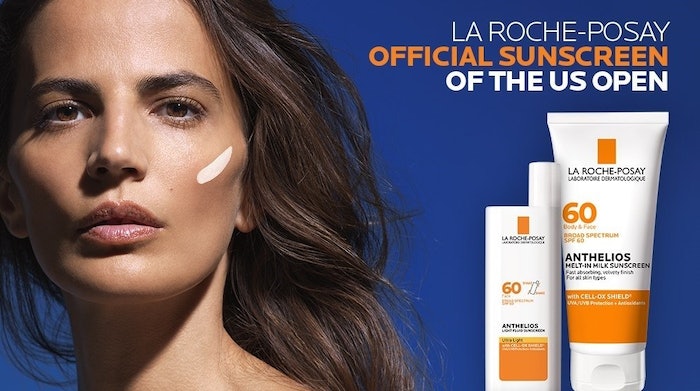 At this year's US Open, La Roche-Posay will have a sun safety education booth in the South Plaza of the USTA Billie Jean King National Tennis Center, with product sampling kiosks on the grounds.

Per the announcement, daily use of an SPF 15 or higher sunscreen reduces the risk of developing melanoma by 50%.