MAC Comes to Broadway in Angels in America 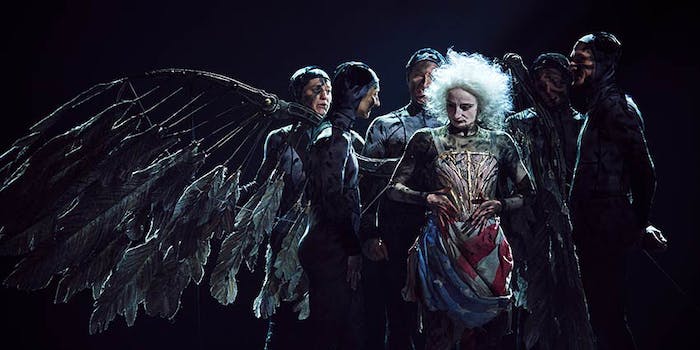 From its line of VIVA Glam lip products—with collaborators ranging from RuPaul to Sia—to its AIDS Fund, MAC Cosmetics has been heavily involved in the fight to end HIV/AIDS and support those who live with it.

Now, the company, which has donated more than $480 million to HIV/AIDS since 1994, is serving as the official makeup partner for the Broadway revival of the influential play Angels in America. Makeup artist Rick Caroto reimagined looks for the show.

Penned by Tony Kushner, Angels in America’s and its portrayal of the HIV/AIDS epidemic earned a number of awards, including the Pulitzer Prize for Drama, Drama Desk Award for Outstanding Play and Tony Award for Best Play. The revival, running at New York City’s Neil Simon Theater until June 30, 2018, stars Nathan Lane and Andrew Garfield.