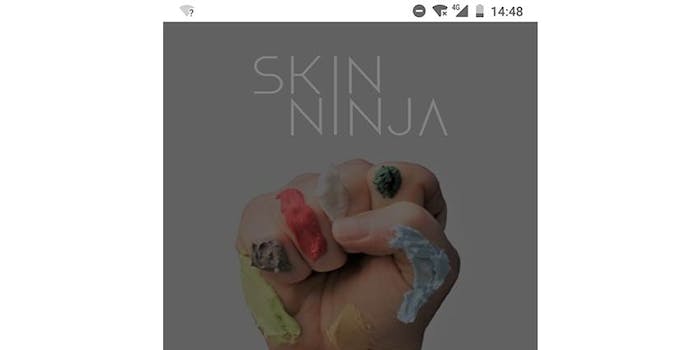 SkinNinja, a free smartphone app founded by Jo Osborne which identifies potentially harmful ingredients in cosmetics and skin care products, has just closed a $1 million round of funding reports Forbes.

The round was led by Voulez Capital, the United Kingdom’s first women-run, female-focused VC. The capital brings the company’s valuation to $4.5 million. SkinNinja is a product of Sciapps.

Users scan a product barcode with their smartphone, which pulls up an overview of potentially harmful ingredients via a green-amber-red chart. The “learn more” option identifies exactly what ingredients may pose a risk. The app also lists alternative “free-from” products, and links for where to buy them (SkinNinja receives a commission from the retailer), adding to its appeal for customers such as vegans or those who are pregnant.

If a product isn’t among the 850,000 products the app has on file or includes an ingredient not listed in its 237,000 databases, users can take a picture and report it back to the Sciapps team for analysis.

Osborne, who found out she was allergic to an unidentifiable ingredient in sunscreen at age 7, was diagnosed with skin cancer at age 26, which inspired her quest to find products free of ingredients such as carcinogens and parabens.

“I feel I’ve used up all my cancer lives, so even if a product has a little bit of something carcinogenic in it, I want to know, so that the decision to use it or not can be mine,” Osborne told the publication.

She adds, “We want to empower everyone to make better decisions about what skin-care products are right for their own body and their own health … 75% of people don’t understand what’s in their skincare, but 69% of people want to know.”