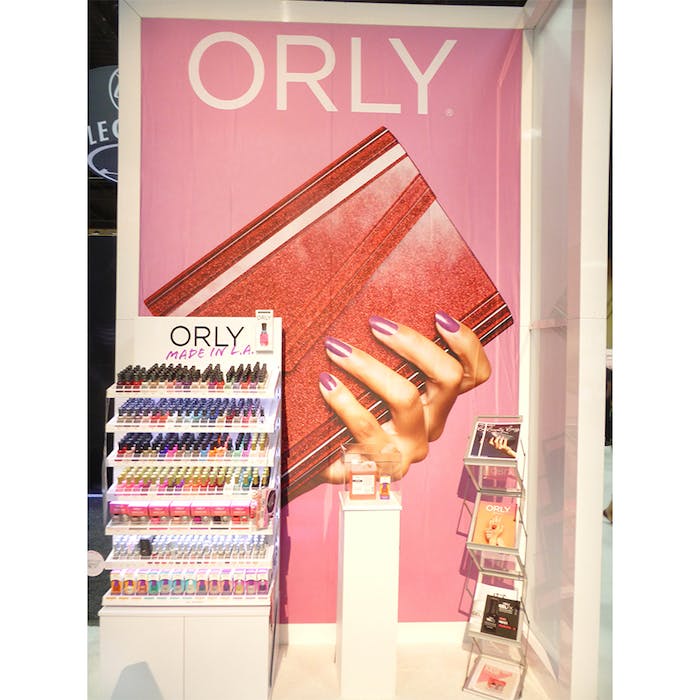 Cosmoprof North America 2017 hosted 1,278 exhibitors and more than 36,000 visitors. This year, the event enhanced its focus on emerging brands in the consumer and professional space, multicultural beauty as well as a significant focus on 49 “green brands.”

Orly presented an expansion of its professional offerings, including the GelFX Easy-Off Basecoat, which can reportedly halve the time it takes to remove a manicure, without compromising on shine. The basecoat—no primer needed—is powered by vitamins A and E, as well as pro vitamin B5. Following foil wraps, gels easily push off the nail.

The GelFX Bodyguard soak-off gel overlay provides a smooth surface for manicures, while protecting and strengthening the structure of nails as they grow. The product can be used for a natural look or as a base for nail color. In addition to vitamins, the formula also contains sugar-derived sucrose benzonate for enhanced shine. Bodyguard comes with a new Guardian Brush, which is designed to deliver product precisely—without waste.

The event also highlighted the ascension of the next generation of the Pink family in the Orly Business. President and CEO Jeff Pink has named his children to the following roles: Shanee Pink, creative director; Ran Pink, content creator; and Tal Pink, digital director.