The Market for Male Beauty Products Increasing in South Korea

In a recent Associated Press article by Foster Klug, the increasing market for male makeup in South Korea is being examined. Titled “For S. Korean Men, Makeup a Foundation for Success,” the article examines how flawless skin and defined features are becoming more important to males in South Korea, leading to a serious uptick in male makeup consumption in the country.

Twenty-four-year-old college student Cho Won-hyuk is quoted as saying, “Having a clean, neat face makes you look sophisticated and creates an image that you can handle yourself well. Your appearance matters, so when I wear makeup on special occasions, it makes me more confident."

The article also cites Amorepacific, a dominant South Korean cosmetic company, as estimating the total sales of men's cosmetics in South Korea this year will be more than $885 million. Amorepacific Corp. offers 17 men's brands, according to the piece, and operates two Manstudio stores in Seoul that are devoted to men's skin care and makeup.

The increase in South Korean pop culture figures who participate in and endorse wearing makeup is also hard to avoid. The article notes, “In 2002, large numbers were attracted to a hero of South Korea's World Cup soccer team, Ahn Jung-hwan, who became a leading member of the so-called 'flower men'—a group of exceptionally good-looking, smooth-skinned, fashionable sports stars and celebrities who found great success selling male cosmetics. Men everywhere began striving to look like them, with the encouragement of the women around them, and a trend was born.”

According to the article, the trend was also encouraged by the South Korean government’s relaxation on the ban on Japanese cultural goods in the late 90s, flooding the market with more examples of “male beauty,” as well as the strong competition for jobs in the past decade in the country. A popular catchphrase in the country is “appearance is power,” the piece notes. 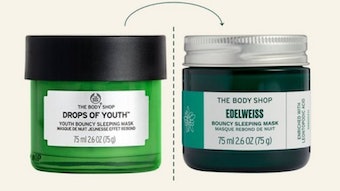