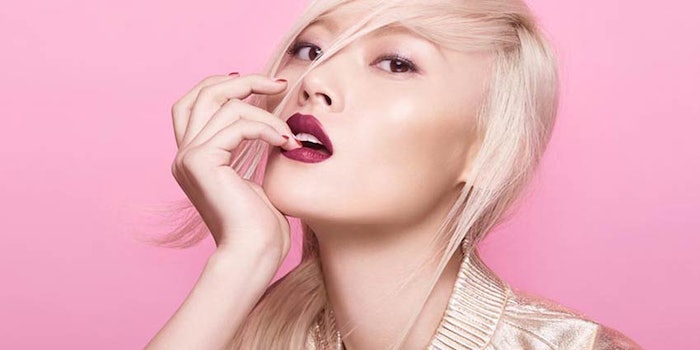 L’Oréal has released its Q1 2018 financial results, and the cosmetics giant has entered the fiscal year on a high note: The company reported sales of €6.78 billion, a like-for-like increase of 6.8% over the same period last year.

By division, Professional Products recorded sales of €797.3 million, an increase of 1.9%, over 2017. The segment saw sales recover in the United States and growth in Asia Pacific Zone, though sales in Western Europe were “sluggish” in some major markets. Growth was driven by products and brands including Shades EQ by Redken, Dialight by L’Oréal Professional and Fusio-Dose by Kérastase.

Consumer Products saw an increase of 2.6% (and €3,070.5 million in sales). Maintaining its strong e-commerce growth, the division was accelerated by recent launches such as Color Riche Shine and a strong showing for skin care. Also cited among growth drivers were Maybelline New York’s Total Temptation mascara and SuperStay Matte Ink Lipstick. The division saw good momentum in China, India and Africa/Middle East, but faced difficulties in France and Brazil.

L’Oréal Luxe’s sales of €2,252.5 million were a 14% increase over 2017. Excellent outings by Lancôme, including the Génifique franchise, Giorgio Armani and Yves Saint Laurent were cited among the growth drivers, as were fragrances including Yes I Am by Cacharel and Arizona, the first fragrance from Proenza Schouler. The division’s e-commerce continued to perform well, as did growth in Asia and travel retail.

Active Cosmetics, at €658.4 million, saw an increase of 10.2%. All zones contributed to growth—Asia and North America in particular—while La Roche-Posay, Vichy, SkinCeuticals and CeraVe were cited among the quarter’s successes.