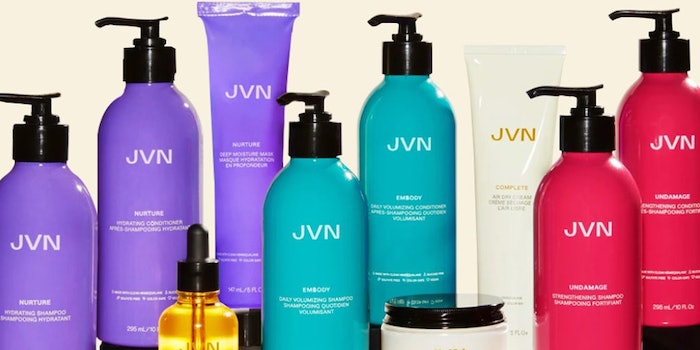 The growth of Biossance, JVN, MenoLabs and Rose Inc. helped foster consumer revenue growth despite the looming threat of a recession and the spike in inflation.

Amyris, a synthetic biotechnology company that owns Biossance, Stripes and other beauty/wellness brands, reported a net loss for the third quarter ended Sept. 30, 2022.

That core revenue growth was driven by record consumer revenue of $46.6 million, a 98% increase for the quarter and 107% uptick year to date.

Amyris attributed the revenue increase to the resilience of prestige beauty consumers facing the headwinds of the slowing global economy. It pointed specifically to the growth of Biossance, JVN, MenoLabs and Rose Inc. for helping to foster consumer revenue growth despite the looming threat of a recession and the spike in inflation.

In addition, the company says that its omnichannel strategy is still holding strong.

The company’s retail sales through third-party channels, which made up 55% of total consumer sales, increased 97% in the third quarter. Amyris brands are now available in nearly 14,000 brick-and-mortar locations, compared to 2,100 locations during the same period last year.

The company incurred a GAAP net loss of $1.614 million, or a loss of 50 cents per diluted share, compared to a net loss of $32.9 million in the same time period last year.

Amyris credited its new Fit to Win program for helping driving revenue. The companywide initiative is intended to reduce the use of cash and improve the company’s cost structure.

According to Amyris, the Fit to Win program has already generated $10 million in earnings for the third quarter.

The company expects the Fit to Win initiative to create a favorable annualized impact of $150 million in 2023.

However, Amyris still suffered from an adjusted EBITDA loss of $131.7—a decrease of $59.3 million over the same time period over last year—primarily due to higher operating expenses and freight costs, according to the company.

As for guidance in the fourth quarter, Amyris forecasts more than $100 million in core revenue.

John Melo, president and CEO, said, “We have the scale, growth rate and business model that enables us to evolve our focus to operating profitability. Our current growth momentum has continued into the fourth quarter, and we are tracking toward our first quarter of more than $100 million in core revenue while controlling our costs and improving our use of cash.”