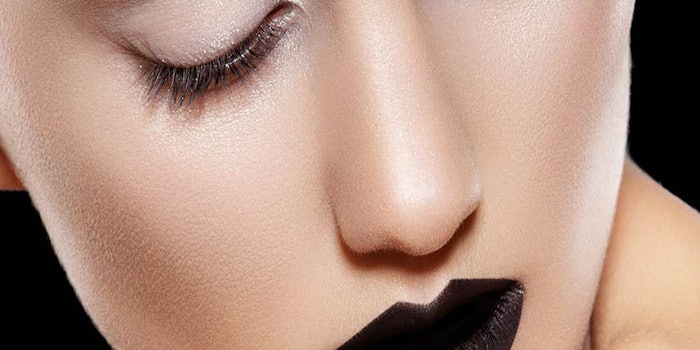 Dermocosmetics and probiotic beauty are among the leading growth areas ahead for the industry.

Beauty M&A had an extremely busy year in 2016, with Estee Lauder, L'Oreal and Unilever driving many of the deals, including the acquisitions of Becca Cosmetics, IT Cosmetics and Dollar Shave Club, respectively. These deals and the additional needs of these top strategic players point to beauty's top growth areas, according to Nicholas Micallef, senior beauty and personal care analyst, Euromonitor International.

Micallef, who recently reviewed Unilever's acquisition prospects, explained that the buying power of top-tier companies overshadows that of organizations such a Henkel and Biersdorf, creating an uneven playing field in the pursuit of high-yield, high-value brands that can consolidate power in the beauty and personal care space.

It's no secret that color cosmetics are having a moment. Micallef noted that Unilever, which has under-leveraged the prestige color category, could conceivably decide to go on a color cosmetics "shopping spree."

The brand was founded by a makeup artist and posted $8 million in sales in 2015 after just two years in business. It has also established standalone stores in the United Kingdom, signaling that it is ripe for future growth.

The brand's retail sites include innovative "Magic Mirrors," touchscreens that can detect skin tone and allow consumers to virtually try on 10 makeup looks.

Unilever has historically done well with acquisitions, noted Micallef. For instance, during the professional hair care boom a few years ago, the multinational purchased TRESemmé and TIGI Professional. Since that time, these brands have become ubiquitous.

As Micallef noted, Unilever is adept at "seizing opportunities at the right time."

Perhaps it can do the same with emerging opportunities such as dermocosmetics and niche brands.

Below, are a number of growth areas, identified by Micallef, that Unilever and its competitors will likely be focused on in the new year and beyond.

Companies like Unilever are under-performing in mature markets, including North America, particularly in the premium beauty space. As a result, Micallef noted that these multinationals are developing their positions to compensate for slowing and erratic emerging markets.

That said, volatile emerging markets are pushing multinationals to consider purchasing local players that have an existing connection with consumers. At the same time, markets such as Asia offer disruptive categories, like masks, which can create acquisition opportunities that can benefit both emerging and established markets.

As many retailers such as Macy's are suffering from changing consumer shopping habits, many brands are opening their own boutique stores to reduce their dependence on department stores and other declining models, said Micallef. From L'Oreal's Paris boutique to the Estee Edit shop in London, brands are staking their own place in retail and investing in the omnichannel shopping experience.

The microbiome trend is heating up.

The probiotic trend is gradually making its way into skin care, as seen with Esse Skin Care's Probiotic Serum, which reportedly contains 1 billion live probiotic microbes per milliliter, which improve skin firmness by an average of 16% in 28 days.

Dermocosmetics, which are bridging the gap between cosmetics and pharmace­uticals, have created new opportunities for brands such as Jouviance and La Roche-Posay.

It has also spurred activity from suppliers. For instance, DKSH and Total Specialties USA have signed a distributor sales agreement to distribute Total’s Gemseal range, hydrocarbon emollients that are recommended in the formulation of dermocosmetic products for skin care, hygiene, makeup, hair care and sun care, within the United States.

And Air Liquide's Seppic subsidiary has acquired the Serdex division of Bayer, boosting its natural active ingredient expertise for dermocosmetics and skin treatments.

At the same time, natural active ingredient manufacturer Silab has acquired Ecomeris, a start-up specializing in film technologies and natural coating solutions for cosmetics and dermocosmetics.

Dermatologist-inspired brands are all the rage, and present a growth opportunity for Unilever and its competitors, according to Micallef.

As the L'Oreal purchase of IT Cosmetics showed, multifunctional products are creating new brand opportunities. Micallef noted that brands that offer a hybrid of skin care and cosmetics can provide an attractive acquisition opportunity.